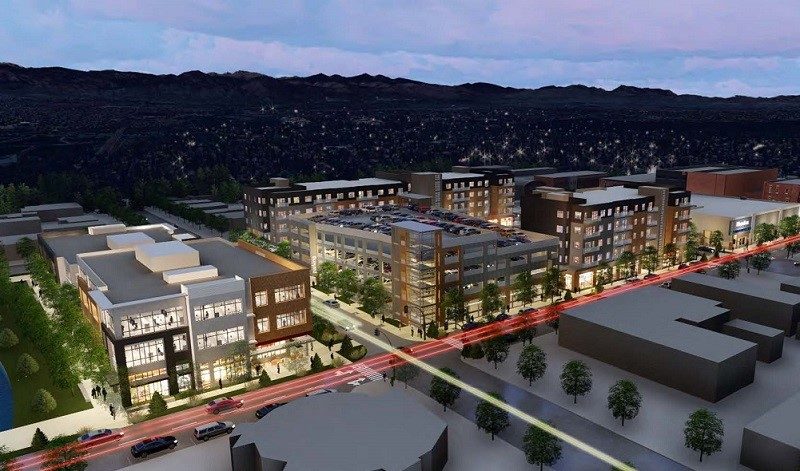 It is no secret that nearly every product type of commercial real estate in Larimer County has performed well for the past five years, but stories of the historic downtown districts have remained relatively quiet. Sure, the student housing market in and around Old Town Fort Collins has been robust and newsworthy, but broad, meaningful economic growth has been occurring in this nationally recognized central business district since a “tipping point” occurred in 1997, when nearby residential appreciation accelerated, major public investments were made, and a homegrown dining and brewing district began to gain regional prominence (ever hear of New Belgium?).

The emerging story is that activity similar to those early years in the revitalization of Old Town Fort Collins is underway in the cores of nearby downtown areas such as Wellington, Loveland, Windsor and Berthoud. These authentic downtown districts continue to function as resilient mixed-use neighborhoods and serve as aspirational models for city-planning efforts, as well as practical models for developers creating distinctive retail and mixed-use projects on greenfield sites.

Of course, millennials and baby boomers continue to be key demand drivers along the Front Range. Along those lines, the historically agricultural downtown areas in Larimer County are beneficiaries of the well-documented demographic forces and the larger ongoing population boom in Colorado, as well as strategic public-sector investments.

Fort Collins. Reliable Old Town Fort Collins is in the midst of a construction boom, with approximately 14 significant public and private projects underway. At the top of that list is the Elizabeth Hotel, the long-awaited downtown hotel, conference center and parking garage developed by McWhinney and operated by Sage Hospitality, scheduled to open in November.

Major ongoing public investments such as utility infrastructure upgrades, public safety and enhanced pedestrian alleyways are examples of a long-held recognition and civic commitment that the municipality is a significant landowner and partner in downtown, and subsequent high-quality investments create a great branding opportunity for the larger community, according to Matt Robenalt of the Fort Collins Downtown Development Authority. The list of projects in Old Town Fort Collins is long and the positive results are clear – the preliminary total assessed value of real estate in the Fort Collins DDA district for tax year 2017 is 12.9 percent higher than tax year 2016, and vacancies are effectively at or near zero across all product types.

As Fort Collins continues to be the Larimer County seat of government, as well as home of Colorado State University (go Rams!), regional demand for a vibrant downtown experience is overflowing and spreading rapidly to other nearby downtowns as well.

Loveland. In downtown Loveland, for instance, the $75 million mixed-use project known as The Foundry promises to be a bona fide game changer. Developed by Brinkman in partnership with the city of Loveland, the project is under construction and expected to be completed in late 2018. Anchored by a first-run movie theater, 155 apartments, 14,000 square feet of retail, a 108-room hotel and a public parking garage, the project covers three city blocks and has begun to stimulate other projects in the neighborhood. For example, the Heartland Corner, a $10.5 million mixed-use project featuring 47 market-rate apartments and 5,700 sf of retail space, will be located on a prime downtown corner just a few doors down from the historic Rialto Theater on Fourth Street.

Berthoud. Just south of Loveland is the “garden spot” of Colorado, the town of Berthoud. Located roughly halfway between Boulder and Fort Collins, the historic downtown is poised to take advantage of the regional boom in downtown investment largely due to unheralded population growth and proactive municipal government support. In downtown Berthoud, visitors and residents enjoy unique food and beverage options, such as City Star Brewing, a downtown small-batch brewer that is making waves in the region with high-quality beers. If commercial activity still follows rooftops, the best in Berthoud is still to come as 324 residential building permits have been issued year to date, compared with 264 total permits in 2016 and 111 permits in 2015. The town estimates there are 7,500 residents in Berthoud, and residents want their own unique downtown experience right in their backyard.

Windsor. The booming town of Windsor is partially located in Larimer County, and its downtown is quickly maturing into a powerhouse of revitalization. As widely reported, the historic Windsor Mill was destroyed by an arsonist’s fire this summer; however, the villain just delayed plans for exciting redevelopment. The catalyst project, proposed by property owner Blue Ocean Enterprises, was underway, and we can confidently expect to see a new building built on the site soon, complete with historic sensitivity in the design as well as a vibrant brewery.

Beyond the Mill, much more is happening in the downtown area. In addition to a few façade improvements and several new businesses opening, plans for another major public-private catalyst project, informally known as the “Backlot,” are beginning to take shape. While project details are scarce, the developer, Brinkman, almost certainly will include a multifamily component in this project, which is located downtown and adjacent to Boardwalk Park and Lake Windsor. With nearly 25,000 people living in Windsor – a demographic largely characterized by high incomes and brisk spending patterns – citizens will soon have plenty of reasons to remain in downtown Windsor rather than driving elsewhere, effectively recapturing the leakage of critical retail and restaurant sales.

Wellington. Finally, downtown Wellington, just a few miles north of Old Town Fort Collins, is bustling with programming and new activity as a result of a population boom and a focused and well-supported Main Street Program. It used to be the case that Wellington residents would drive to Fort Collins for services, shopping, dining and events. However, with family friendly events such as a summer concert series, movies in the park and weekly farmers’ market, as well as new food and beverage offerings, Wellington residents have more reasons to stay in town. Perhaps more important, with a population rapidly closing in on 10,000 people (many former residents of relatively more expensive Fort Collins), public investments are underway or coming soon, including a new high school, new community center, new town hall, downtown streetscape and pedestrian enhancements, as well as investments in utility infrastructure. At the right time, proud Wellington seems to have found the critical champions and capacity needed to revitalize its downtown and is possibly now the last historic downtown on the Front Range where you can enjoy a craft beer while sitting next to a hipster as well as a real cowboy wearing well-worn, functional spurs.

The bottom line is that the diverse communities of Larimer County will continue to absorb a significant number of new residents and new home starts, and those residents will join the folks already here in their pursuit of vibrant and authentic downtown areas that function as their town’s unique “living room.”